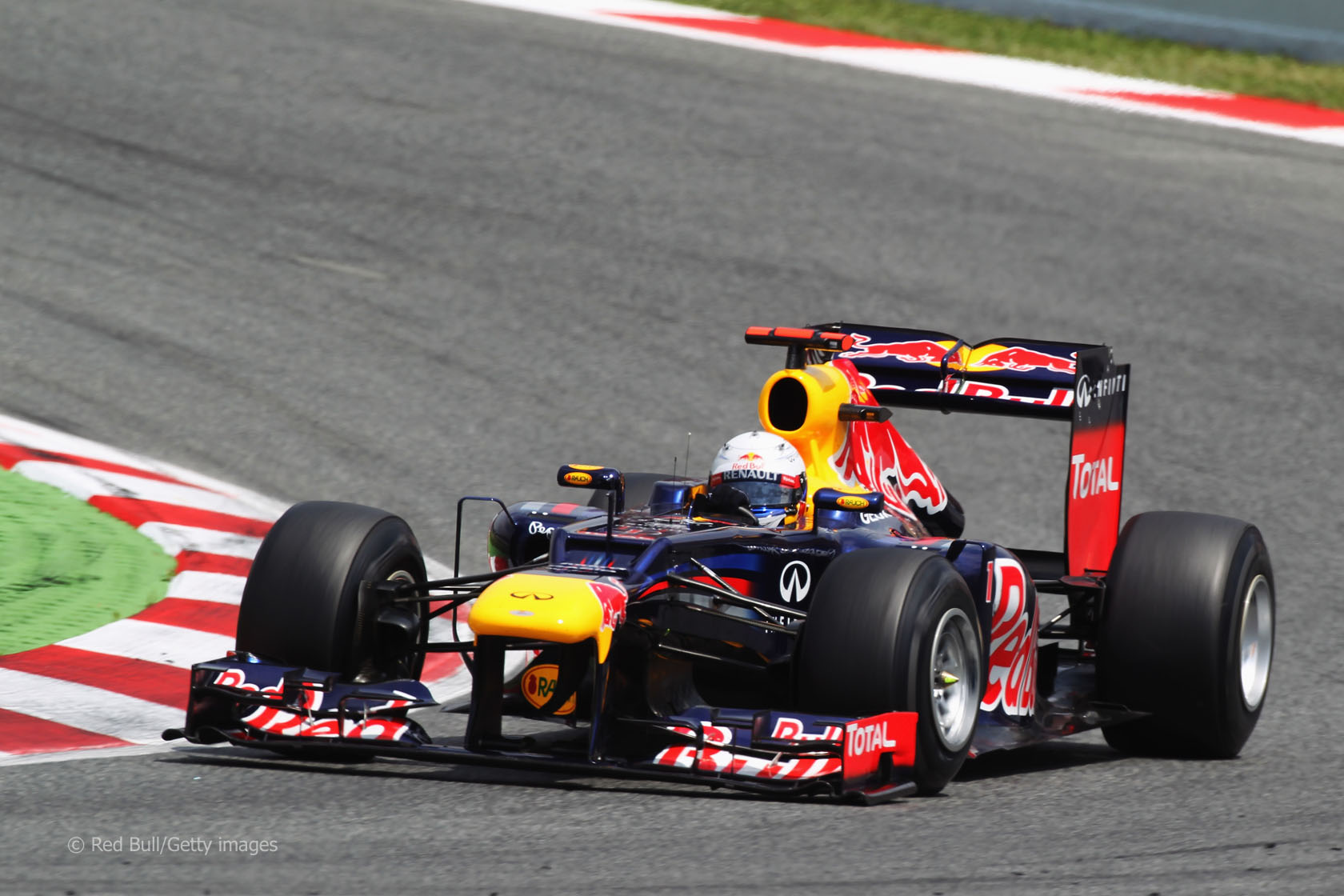 After being handed his penalty an angry Vettel defended his driving on the radio channel, which race director Charlie Whiting and the stewards can listen to.

Vettel said: “I wasn’t going too fast. I could see everything then I took KERS and I didn’t feel it.

“What else did you want me to see? I was awake, I told you yellow flag, that I could see it down the straight. It’s not my problem if I have DRS, I cannot lift up. We’re talking four tenths.”

His race engineer Guillaume Rocqueline urged him to accept the penalty, saying: “Understood. The penalty will not be changed. Deep breath, stay focused. I don’t want any arm-waving or anything, OK?”

Vettel also received a penalty during the Italian Grand Prix. On that occasion he addressed Whiting directly on the radio to deny he forced Fernando Alonso wide at the Curva Grande.

In his defence, Vettel said: “To race director. All of a sudden he was on the grass. I didn’t need to push him on the grass, I left enough room.”

After his penalty was handed down, Vettel added: “I told you I didn’t push him on the grass. There was enough room.”

The official Formula One 2012 video goes on sale on Monday. Enter F1 Fanatic’s competition to win one of ten copies here: