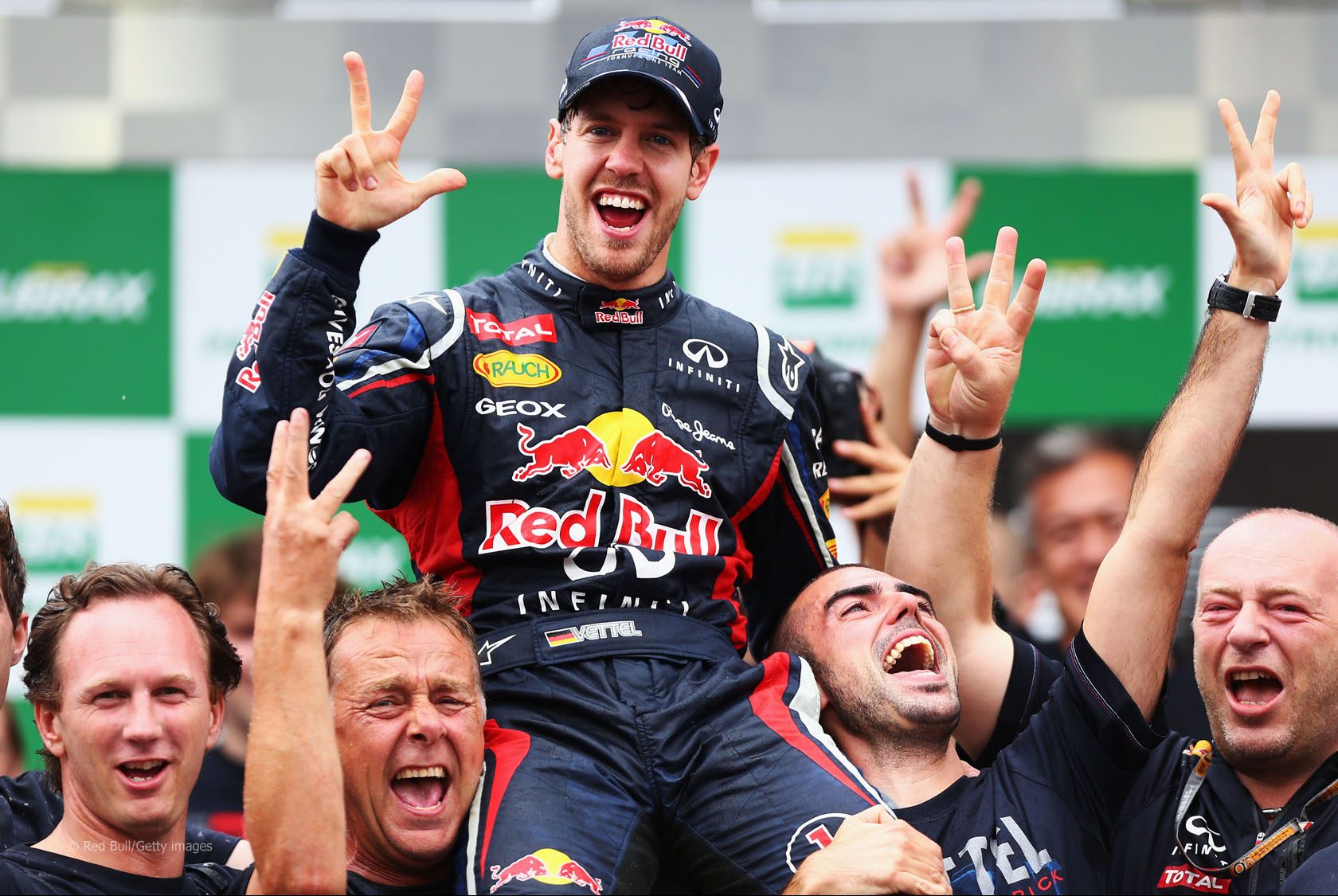 Rounding off our look at 2012 in statistics, here are the most significant stats and facts from the season.

Of course the headline statistic for 2012 is Sebastian Vettel and Red Bull winning their third consecutive drivers’ and constructors’ championship titles. More on those here:

It was a closely-fought season which produced many different race winners, pole sitters and more: Felipe Massa ended a 36-race spell without a podium finish at the Japanese Grand Prix. This is the longest a Ferrari driver has gone without finishing in the top three.

Of the five longest such streaks, three are clustered around the beginning of the 1980s when Ferrari produced two particularly poor cars.

Gilles Villeneuve had the misfortune to drive both the 312T5 in 1980 and the 126CK in 1981. Jody Scheckter raced alongside him in 1980 and and Didier Pironi replaced Scheckter the following year.

Pastor Maldonado finished 15th in the championship which is the lowest ever finishing position for a driver who won a round, with the exception of Michael Schumacher in 1997.

Schumacher won five races and scored enough points to be classified second overall but was excluded after deliberately colliding with Jacques Villeneuve in the final race.

Previous drivers who finished outside the top ten in the championship in years they won races include the following:

NB. Does not include drivers who won races as part of shared drives when this was permitted by the rules. Sebastian Vettel is the first driver to win the world championship without scoring a victory in Europe. His five wins this year came in Bahrain, Singapore, Japan, Korea and India.

For the first time since 1969, no Italian driver started a race during the entire season.

Raikkonen came within one lap of completing every lap of the season. The only driver to do this was Schumacher who completed all 1,090 laps in 17 races in 2002. Raikkonen did 1,191 in 20 races this year.

Ghinzani failed to qualify on 22 occasions in that time and Kovalainen did not start at Spain in 2010 (none of which are included in their tallies). Kovalainen’s last points finish was seventh for McLaren at Singapore in 2009.

Ferrari failed to set a fastest lap during the season for the first time since 1994. Have you spotted any other interesting stats and facts from the 2012 season? Share them in the comments.