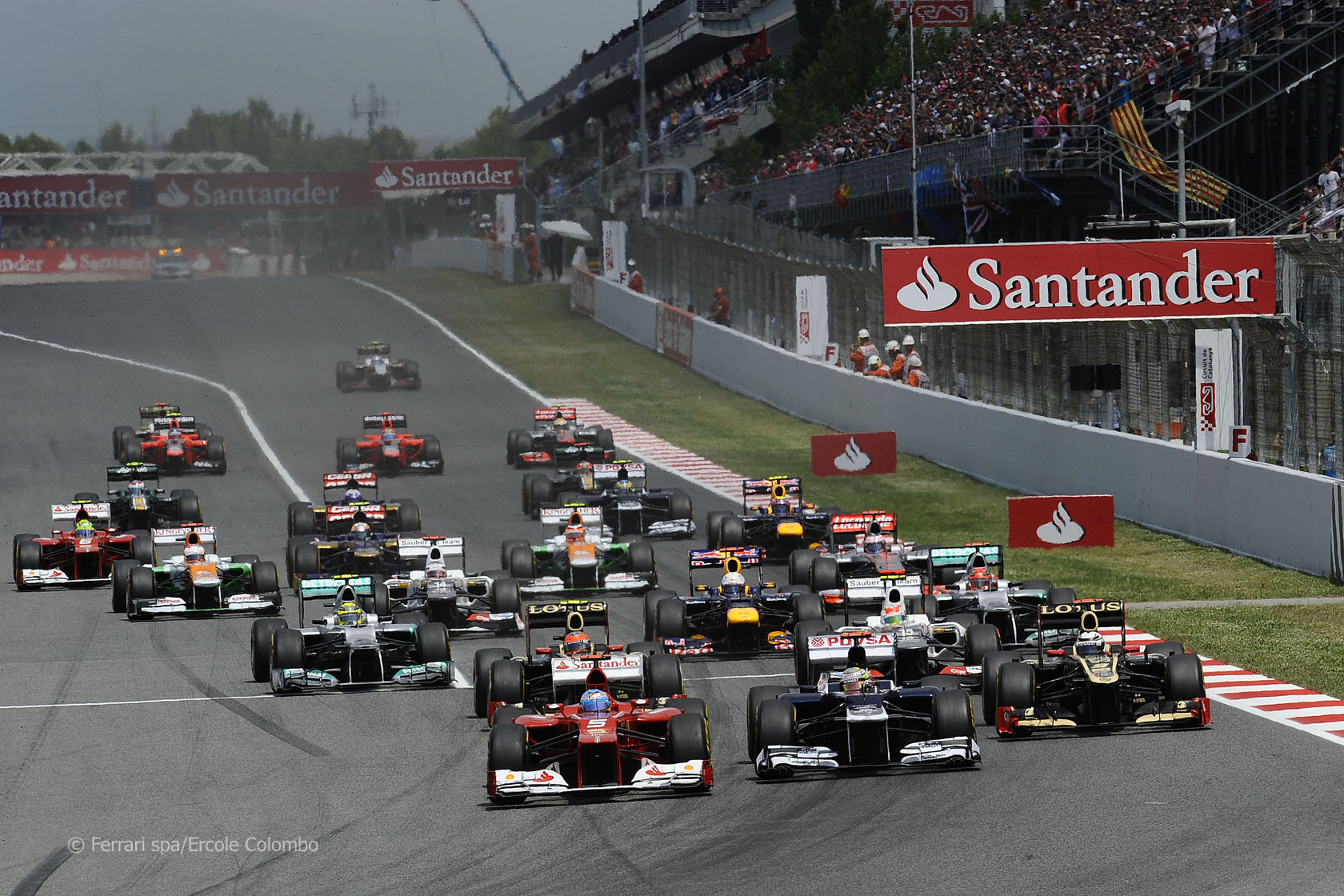 The long, fast turn three is one of the Circuit de Catalunya’s tyre-killing corners. Here an HRT gets out of shape during practice, adding another rubber mark to the surface.

The crowd cheer as home hero Fernando Alonso briefly takes pole position – before his time is beaten by Pastor Maldonado and Lewis Hamilton.

The McLaren driver gets a round of applause – but he was stripped of pole position later that evening, putting Alonso on the front row.

Alonso converted second on the grid to first place by turn one, to the approval of the crowd.

The crash involving Michael Schumacher and Bruno Senna at turn one was caught on video by two fans.

Button shows how it’s supposed to be done, passing Massa into turn one.

Pastor Maldonado crosses the line to claim his first Grand Prix win, followed by Alonso with Kimi Raikkonen close behind.

The fire which broke out in the Williams pit after the race was captured by this fan opposite the garage. Although several people who worked to put out the blaze suffered smoke inhalation and were hospitalised, there were no serious injuries.

Thanks to Damonsmedley for his help with this feature.