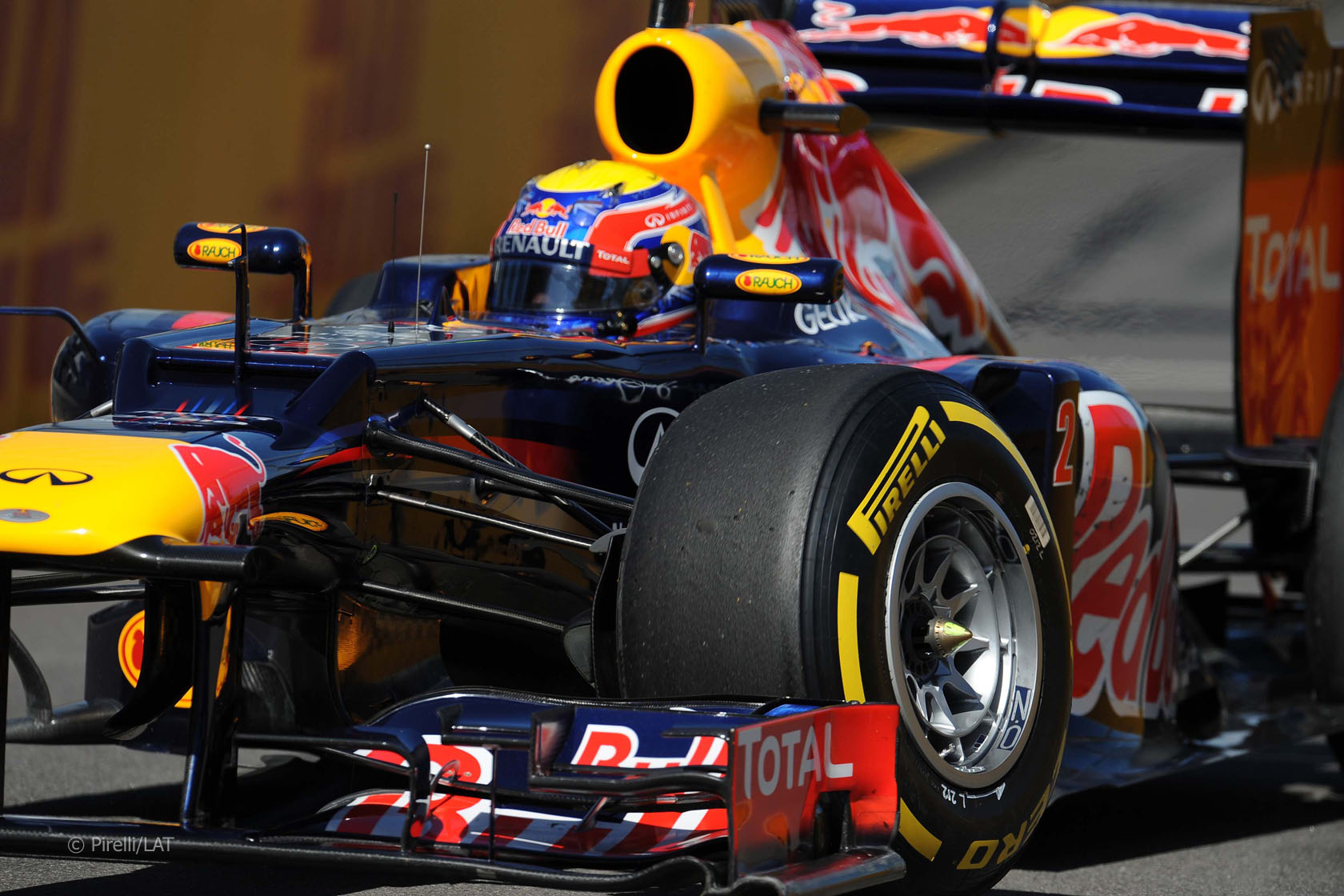 The first races of 2012 have reopened the debate on whether the current generation of F1 tyres are good for the sport.

Since 2011 F1’s official tyre supplier has been asked to supply tyres that do not last a full race distance, requiring drivers to look after their tyres and change them up to three times per race.

While many feel this has had a positive effect on the quality of racing, some drivers have complained that they don’t like having to conserve their tyres. Others have defended Pirelli’s product.

Does F1 need to change its tyre strategy and give drivers more longer-lasting rubber?

Some drivers have complained that the new tyres stop them from being able to race flat out.

Others feel that making the tyres last a little longer, or degrade less quickly, would lessen some of the more extreme swings in performance we’ve seen.

They complain that the tyres have made F1 races artificial.

Thos who defend the current tyres point to the more exciting racing we have seen this season and last year, compared with the four seasons with Bridgestone’s conservative spec tyres.

When it comes to deciding on tyre compounds, Pirelli are aiming at a moving target. With each passing race and test the teams gain more knowledge of the tyres and improve how they use them.

This was clearly the case towards the end of last season when people began to complain the tyres weren’t aggressive enough.

Grand Prix racing has usually required some degree of tyre conservation. Instead of asking whether F1 drivers should need to look after their tyres, we need to ask how much tyre conservation should be expected of them, and whether it is too big a part of racing at the moment.

The demand for more challenging tyres has largely come from the teams. They noted how the problems they experienced with tyres in the 2010 Canadian Grand Prix produced an exciting race and asked for more of the same.

As means of improving the racing go, the new tyres are less offensively artificial than DRS. Everyone has the same rubber, it’s up to them to get the most out of it.

Given the experience of last year, a knee-jerk change to tyre compounds isn’t necessary – teams will suss out how to get the best out of them. We’re already seeing fewer pit stops than we were 12 months ago, when four-stop strategies were the norm in Turkey and Spain.

As I argued last week, before altering its tyre policy F1 should start by fixing elements of the tyre rules that are obviously not working as intended:

Should Pirelli supply more conservative tyres? Cast your vote below and have your say in the comments.

An F1 Fanatic account is required in order to vote. If you do not have one, register an account here or read more about registering here. F1 Fanatic’s last poll on DRS revealed much dissatisfaction with the current rules.

DRS continues to divide F1 fans between staunch defenders, vehement detractors, and those who see it as a necessary evil.

Just 21% of readers supported the current DRS rules, where drivers can only use it when they’re within one second of another car (regardless of whether they are racing that car for position or lapping it).

Although most people are happy to see DRS stay in F1, the majority want the rules to be changed. Over a third voiced support for a rule allowing DRS to be used a set number of times per race.

As for DRS availability in 2012, fans were split down the middle: 44% wanted to see DRS used in every race, the rest disagreed. And a significant minority – one-quarter of readers – wanted DRS switched off for the entire season.

130 comments on “Should F1 change its tyre strategy?”