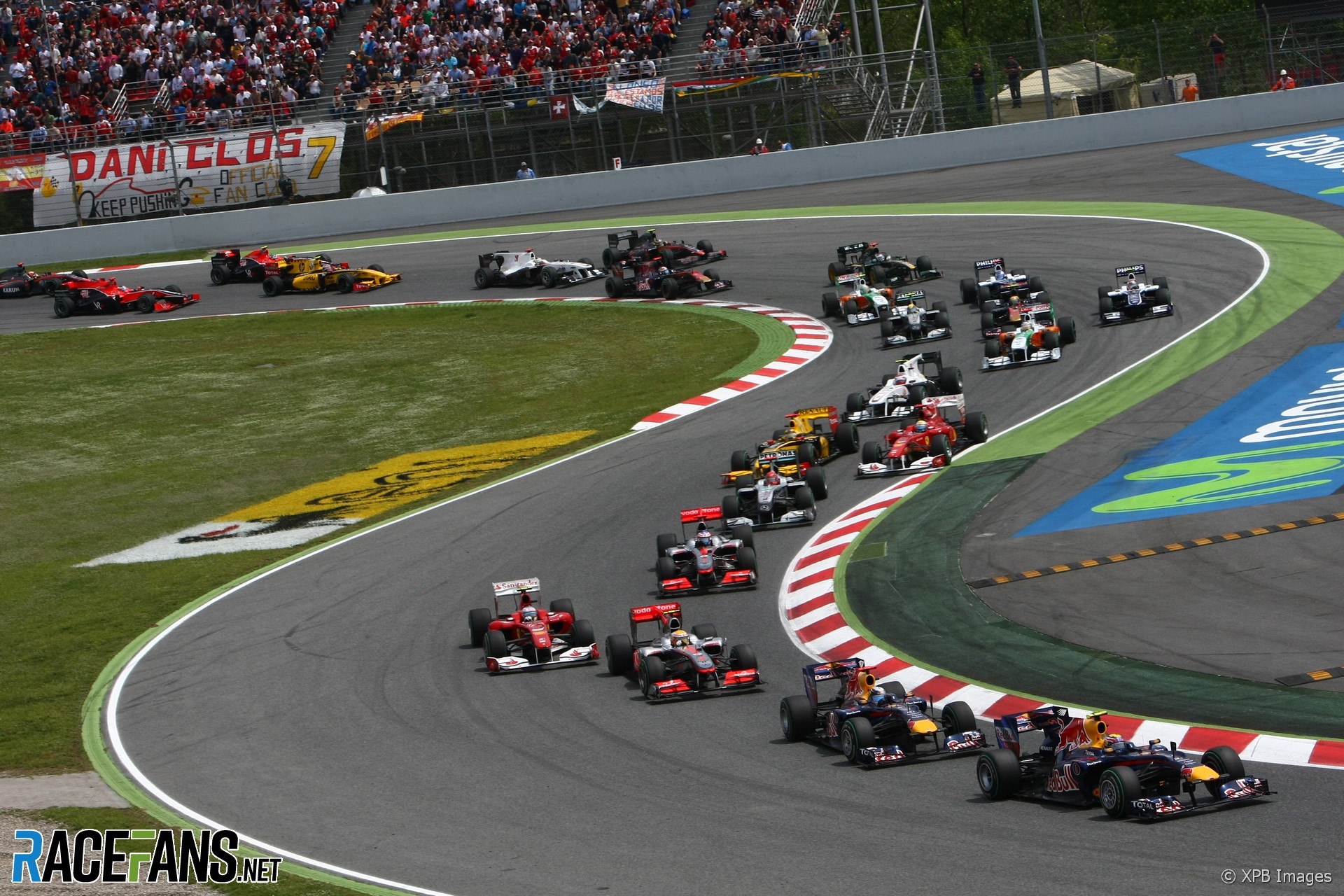 Mark Webber was untouchable in the Spanish Grand Prix and claimed his first win of the season from pole position.

But Lewis Hamilton suffered cruel disappointment as a failure on his front-left wheel caused him to crash out of the race on the penultimate lap.

That elevated Fernando Alonso to second place in front of his home crowd with Sebastian Vettel third for Red Bull.

Vettel fell behind Hamilton at the first round of pit stops. He lost time being held in his pit box and when Hamilton came out the McLaren driver threaded between Vettel and Lucas di Grassi’s Virgin to stay ahead.

The German driver struggled to keep up with the McLaren as his adjustable front wing flap failed. Life got even more difficult for Vettel when he was forced to make an extra pit stop and nurse a brake problem to the end of the race. Not for the first time his RB6 lacked nothing in performance but needed better reliability.

Michael Schumacher scored the best result of his comeback with fourth place, spending much of the race defending his position from Jenson Button.

Button, who retained the championship lead by finishing fifth, criticised Schumacher’s driving, saying he was moving about too much on the straight: “You think with his experience he would know,” he said afterwards.

Felipe Massa took sixth for Ferrari despite damaging his front wing by clipping Karun Chandhok while lapping the HRT driver.

Adrian Sutil kept Robert Kubica behind him for seventh place and Rubens Barrichello was ninth for Williams.

A second home driver, Jaime Alguersuari, scored the final point of the day after an eventful race. He made an exceptional start, gaining six places to run ninth in the early stages. But he picked up a drive-through penalty after clipping Chandhok’s car, knocking the front wing off the HRT.

Vitaly Petrov climbed from 19th to finish 11th ahead of Sauber’s Kamui Kobayashi, who lost several places with a poor start.

But Nico Rosberg suffered a terrible race, finishing 13th and lapped after two pit stops – the first delayed when his right-front brake caught fire. He battled past Vitantonio Liuzzi and Nico Hulkenberg late in the race.

The revised Lotus and Virgin cars finished just 1.5 seconds apart after 200 miles of racing, Jarno Trulli leading home Timo Glock. Lucas di Grassi was 79 seconds behind his team mate in the old VR-01, suggesting the team have made a step forward with the new car raced only by Glock today.

Neither HRT made it to the finish – Chandhok retired shortly after changing his front wing and Bruno Senna crashed out on the first lap.

Sebastien Buemi and Pedro de la Rosa also failed to finish, retiring separately after colliding on the first lap. Heikki Kovalainen’s race never started, the Lotus driver being wheeled into the pits before the start of the race.

199 comments on “Webber dominates as Hamilton crashes out of second”