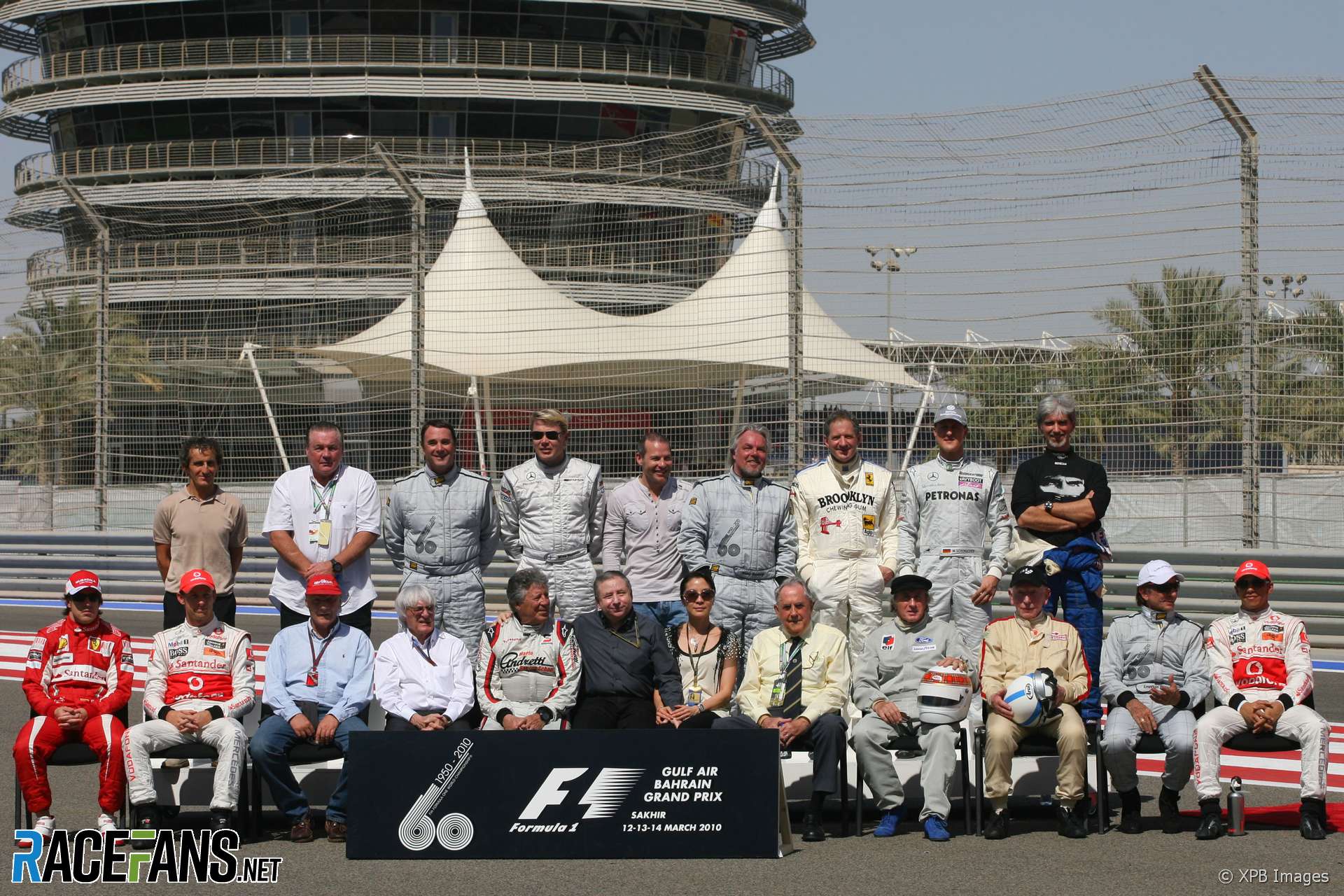 The Bahrain Grand Prix organisers brought together 18 of the 20 living F1 champions for a special event to mark the 60th anniversary of the world championship last weekend.

The oldest of the living champions is Australian Sir Jack Brabham. He won the first of his three world championships in 1959, then aged 33. Now 83, and not in great health, he still made it to Bahrain for the event – which is more than can be said for some of the younger successors to his crown.

Four of the 18 are still racing in F1 and may yet add to their successes. They’re in impressive company, as the record of their achievements below shows (click the drivers’ names for their biographies):