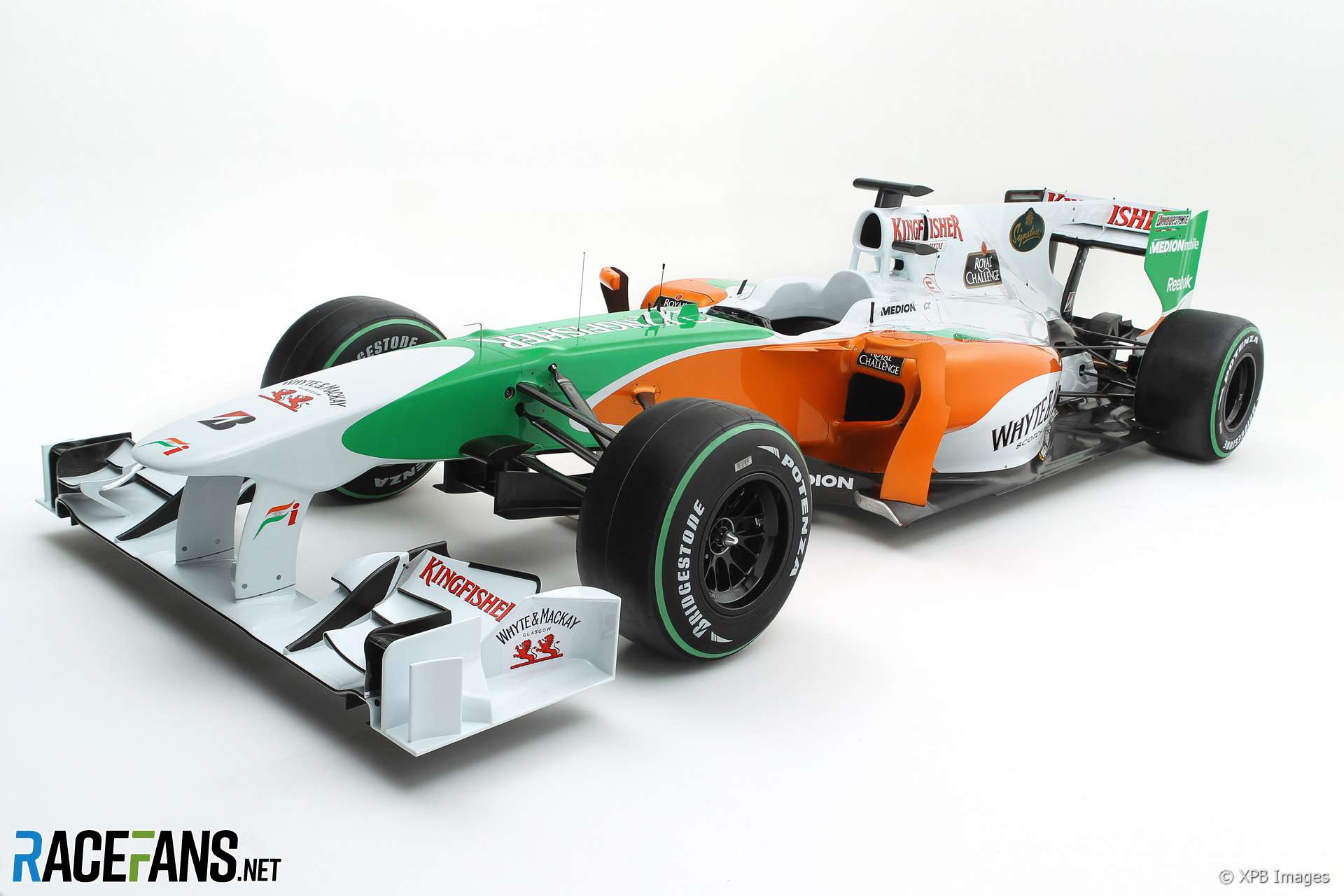 The team say the car is an evolution of last year’s VJM02 – but they expect it to be strong on more than just low-downforce tracks. Here are the first pictures of the VJM03.

The team are using Mercedes engines for the second year in a row. They are one of few teams to being 2010 with the same drivers they ended 2009 with – Adrian Sutil and Vitantonio Liuzzi.

Liuzzi will give the car its first public run during testing at Jerez tomorrow.

The team has also announced Paul di Resta has joined them as a reserve driver and will participate during some Grand Prix weekends on Fridays.

Designer Mark Smith said the new car is an evolution of last year’s VJM02, which scored the team’s first ever points with second place at Spa:

The VJM03 is definitely an evolution of the VJM02 in terms of the design philosophies we have developed at Force India over the last year. We are very happy with the direction, therefore we have opted to evolve the car rather than significantly revise.

Obviously one of the major aspects we have had to contend with are regulation changes which have had a considerable impact on some aspects of the design of the car. The removal of refuelling from races increases the amount of fuel needed to be stored in the cars – almost twice the amount we ran in 2009. There is a compromise now: either make the car much longer or wider, or, as we have done, a combination of both. This of course has influenced the mechanical design solutions and also the aerodynamics, specifically with respects to the diffuser and bodywork.

Even with the ban of double diffusers for 2011, we recognise that we still have to push as much as we possibly can in this area in 2010 as we have targets to meet and the double diffuser is a key development aspect of the car.

The VJM02 was a relatively low drag car that showed well on the low downforce tracks. As was demonstrated throughout 2009, that was a useful attribute but as we go into 2010 we have tried to maintain a high level of aerodynamic efficiency, but we recognise that our championship position will be enhanced by a general level of performance that is suited to all types of circuits. We have, we believe, quite an efficient car overall.
Mark Smith

Read more from the team: Sutil, Liuzzi and Szafnauer interviews